I had around 5 hours to waste in the Hamptons. But, if you know me at all – you know I never waste time. 5 hours, you say? It’s time for a mini-adventure!! The plan: Go with the punches and stop at whatever catches my eye. As my friend Rachel loves to say, “yoloing it.”

I’m sure by now you’re wondering why I had so much time to waste. Well, let’s start from the beginning: My friend Hailey invited me along with a couple other friends to her beautiful house in the Hamptons. And there was no chance I was missing this summer trip. But there’s pretty much no easy way to get to the Hamptons from Boston. So here’s what I did: Rented a car from the Pru, drove down an hour and a half to New London, CT, got on a one and a half hour ferry (with the car), arrived in Orient Point, NY, and drove another hour to East Hampton. Like I said before, not easy.

Zero regrets, my friends. The weekend getaway was just as expected – pizza night/slumber party, beach time, and lots of rose. But getting back to Boston wasn’t really what I wanted to do at 11:30 on a beautiful Sunday morning. So I booked my ferry back at 4:30 p.m., leaving me with enough time to slowly explore Long Island as I drove back to Orient Point to catch my ferry.

My mission was threefold: explore, don’t get lost, and make it to the ferry in time. Happy to say I achieved it all. After getting off Montauk Highway (which to be honest, is a tad confusing and the traffic is shit,) I began to stop at any cute little place I found on the road.

My first stop was probably one of the longest because 1. I was terrified of getting to Orient Point hours before schedule and 2. because they had swings! What initially drove me to this market was the huge corn truck that advertised their delicious roasted corn. I spent a while there playing on the swings, eating my corn with a large amount of chili powder (yes, they had that as an option,) chasing the roosters around, and walking around the market taking picture (duh.) 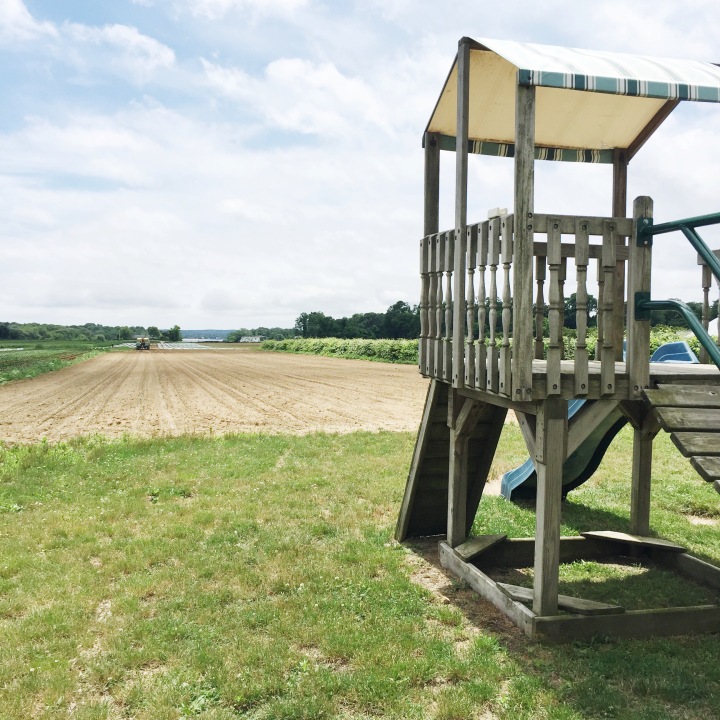 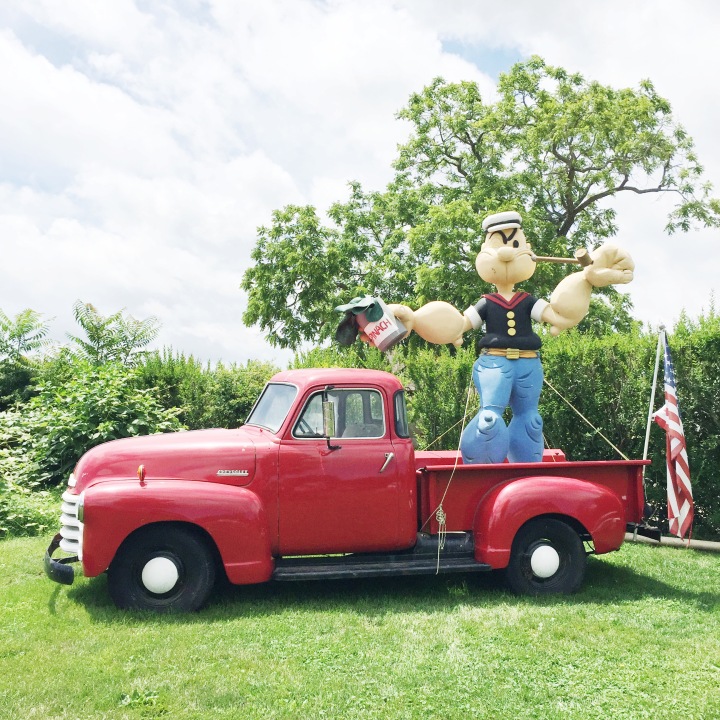 Satisfied with the Market, I continued on the road only to find a hole-in-the-wall (or I guess, hole-in-the-farm?) antique shop. I took a little peek around the shop, almost bought all their antique cameras and then left. 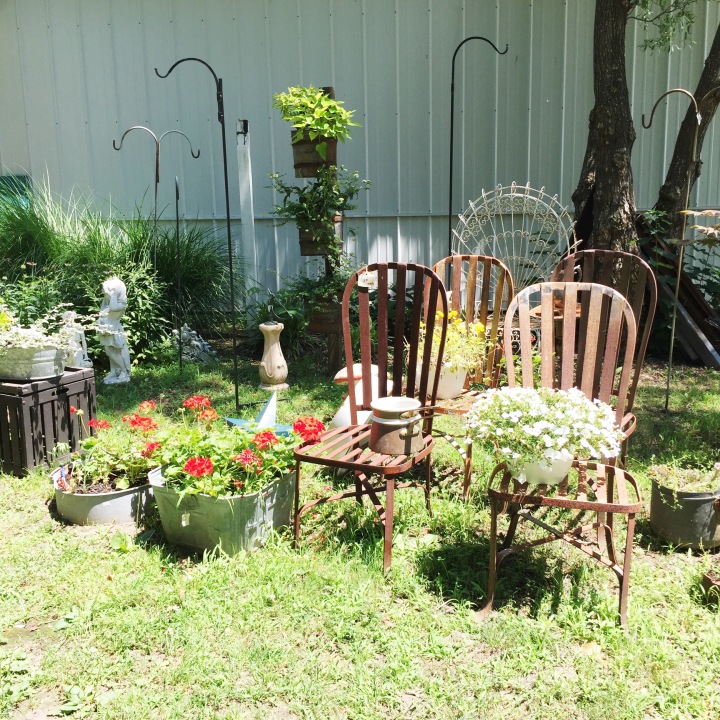 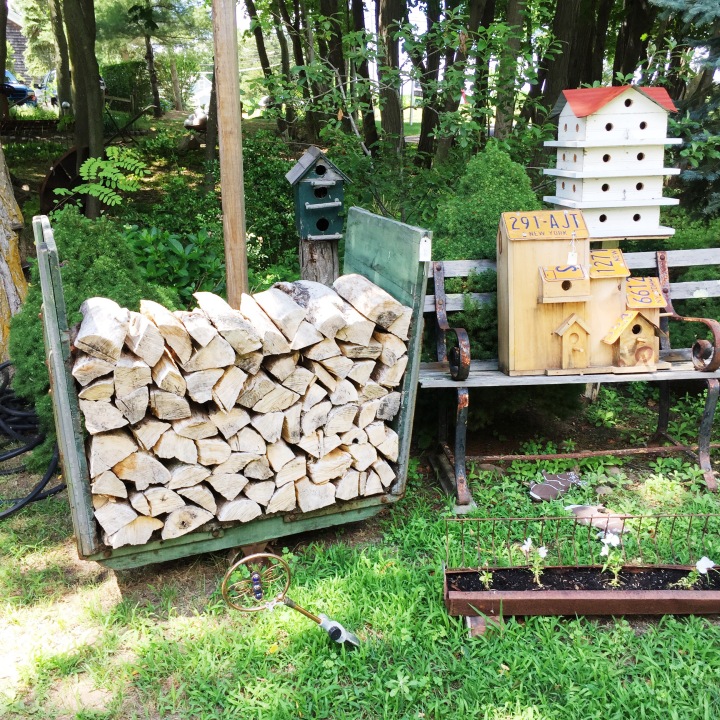 Apparently, I couldn’t stay away from all these markets! This place had the cutest little setup and a lot of flowers and herbs. I took my sweet time walking around the farm, looking at the colorful produce and chatting with the owner.

Okay, so I feel like I must be honest here. I actually saw this greenhouse on my way to East Hamptons and made a mental note to stop on my way back. So I guess this one wasn’t so much out of the blue. But hey, it was still pretty awesome. This place was beautiful inside and out – filled with the most colorful plants and flowers I’ve ever seen. I spent so much time walking around/taking pictures that this adorable old lady came to ask if I was taking inventory. I might as well have been. 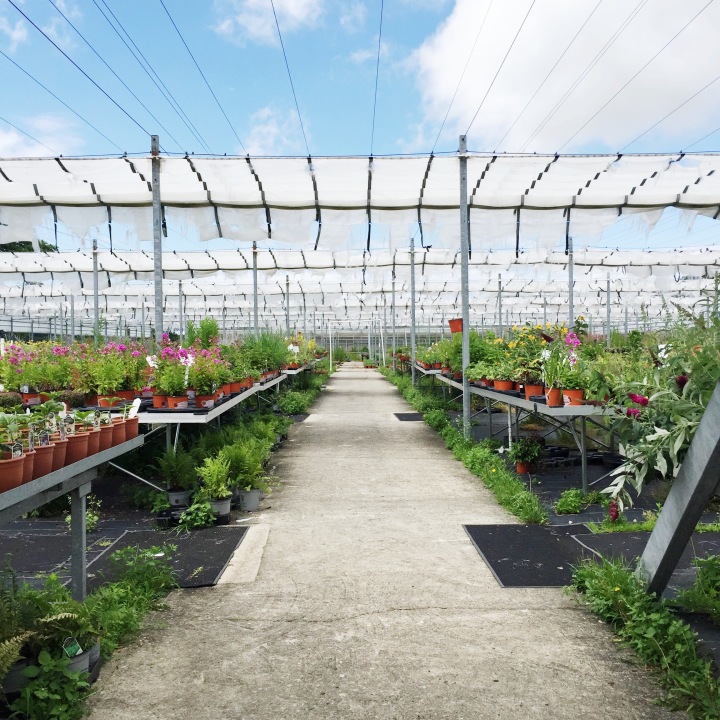 I saw the words “free” and “tour” and immediately knew that was where I needed to go next. It was still pretty early (or at least I thought so) and I wanted to explore this town a little. This hilarious firewoman gave me a 30-minute tour of the whole boat. Apparently, it’s kinda famous? I’m still a little unsure about that. But it was really unique. Fun Fact: she asked me how fast I thought the boat can go and I overshot it by a landslide. She for sure thought I was a real schmuck. 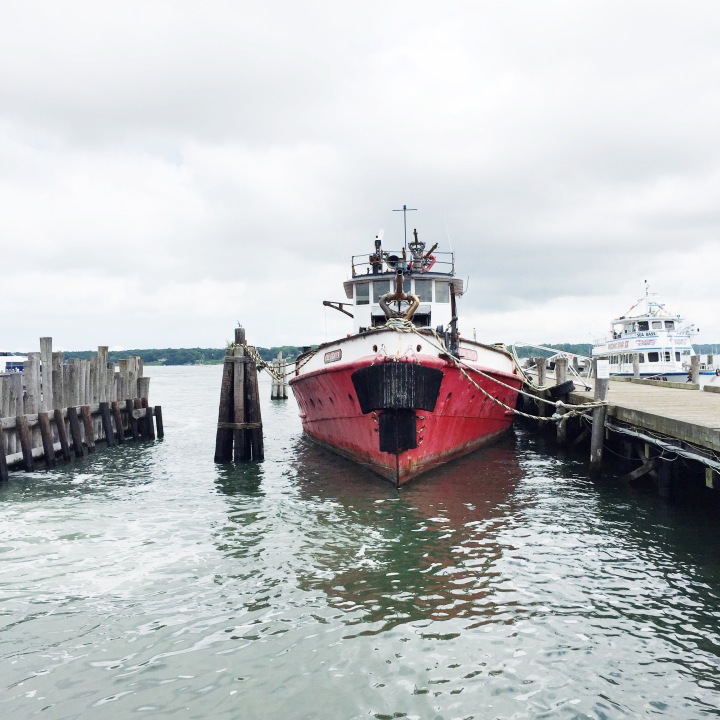 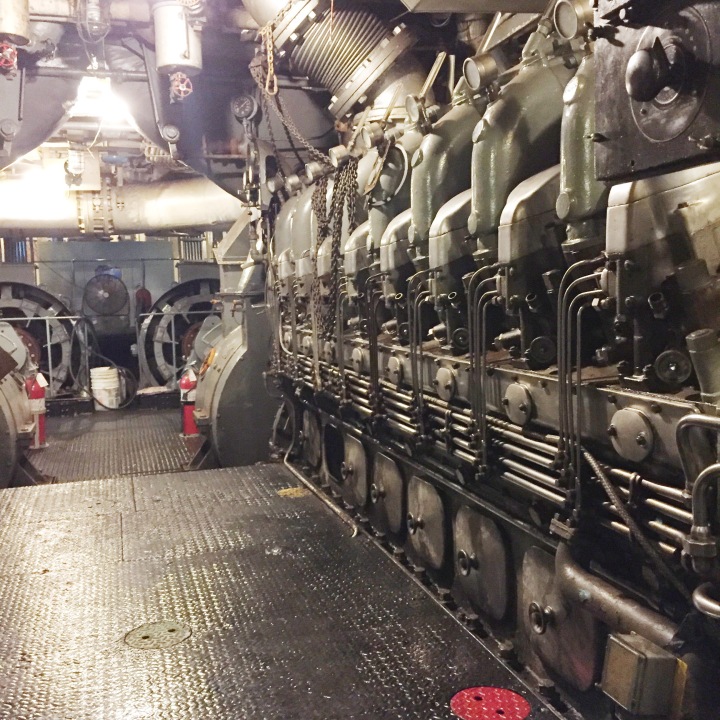 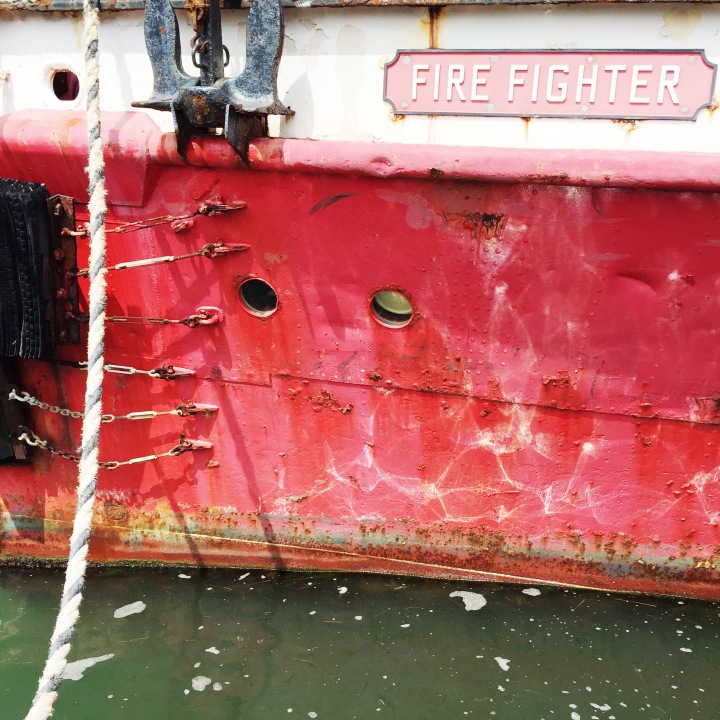 This was probably the best stop and the biggest surprise. After spending longer than intended at Greenpoint, I had decided to stop at one more farmer’s market to get strawberries for the road and then wait for the ferry in Orient Point. Until I hit traffic. I began to get worried – what if I missed my ferry and had to wait until the 5-o-clock one or even later? Eeepp. I quickly realized the traffic was all due to this one “event.” Suddenly, a strong and calming scent hit my nose and I saw huge signs saying, “Lavender.” Honey, I’m homeeee! I pulled into the first parking spot I found and ran towards the lavender fields. After savoring the smell and taking enough picture to last me a lifetime, I bought a fresh batch and headed to Orient Point. 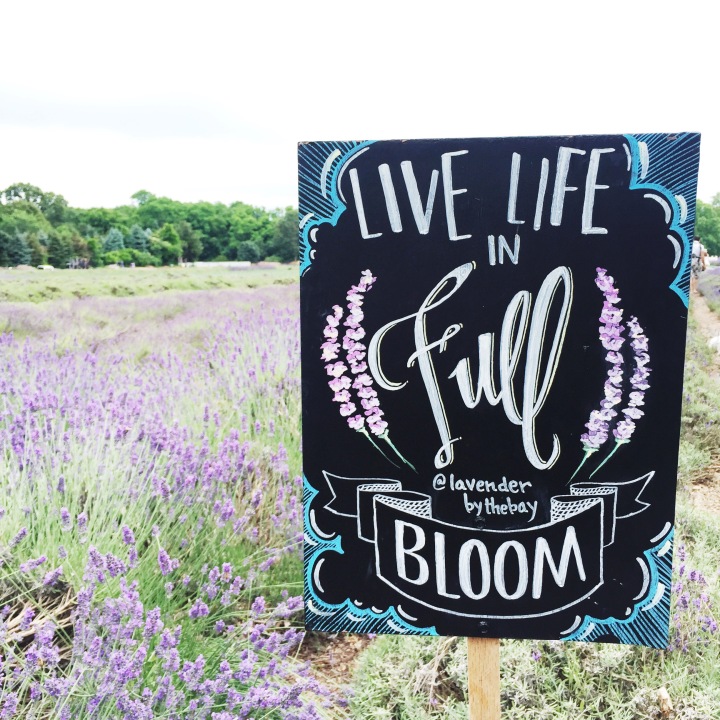 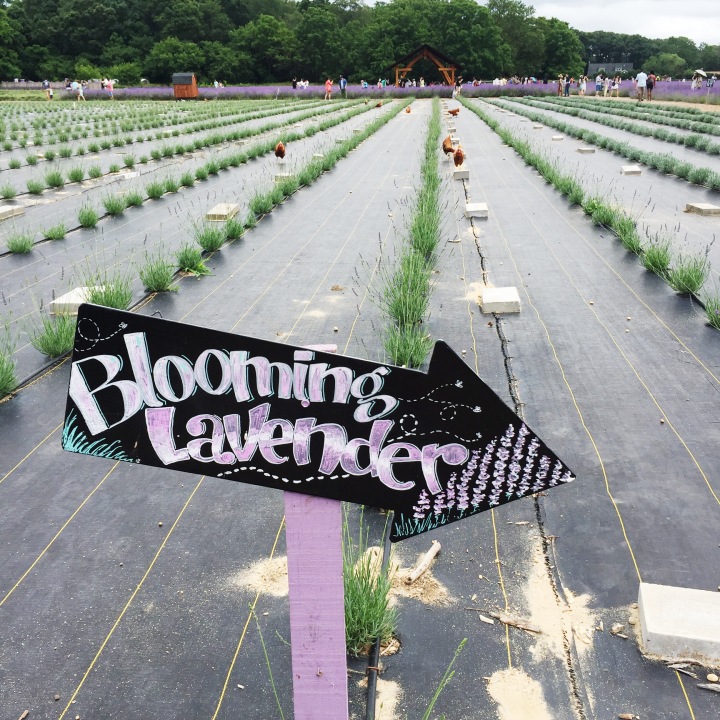 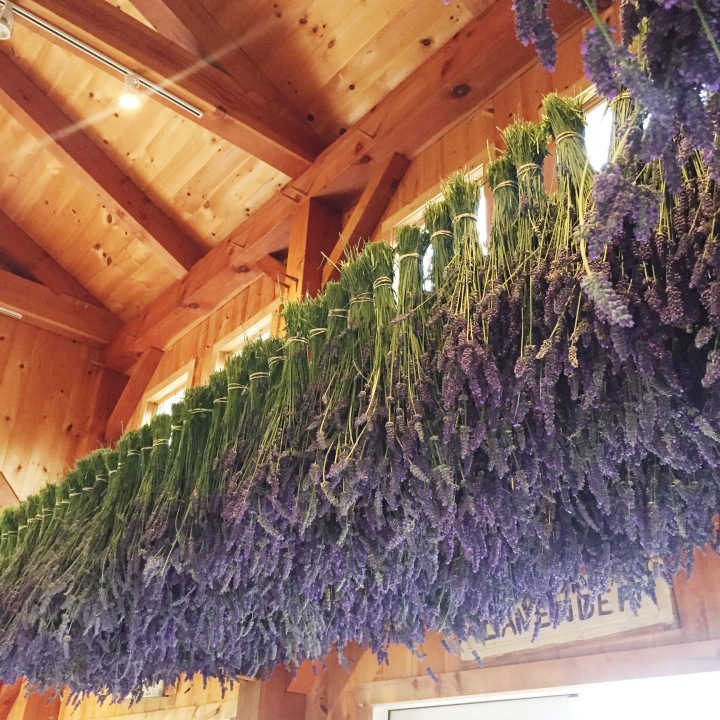 Minutes after I arrived from the lavender fields to my car, the sunny sky vanished and huge storm clouds appeared. Raining cats and dogs would be an understatement. Thankfully, my adventure was basically over (it was almost 4 p.m. and I needed to get there a good 20-minutes before my ferry to line up my car.) Or so I thought. As I slowly and carefully drove down the one-lane street, I spotted a candy shop that was highly recommended in Yelp for “Things to do in Orient Point.” Not going to lie, this was basically the only thing on Yelp’s list. Still, I had to stop. I bought 3 delicious chocolates and got to the ferry a few minutes after that.

My adventure continued after that, but I won’t bore you with my McD’s stop (#healthy) and my quite nerve-racking drive back to Boston (the rain got pretty bad at times.) I’m already planning another solo-New England-adventure. Stay tuned.